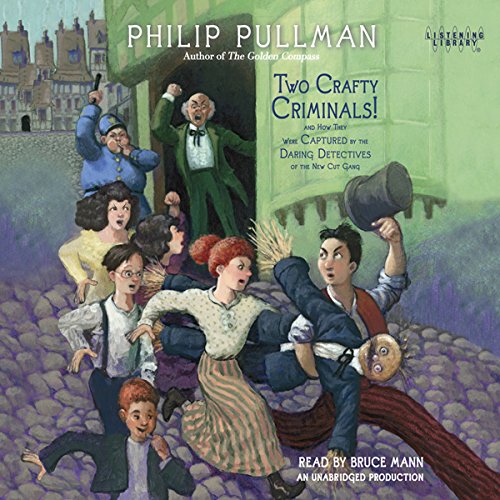 Benny Kaminsky and Thunderbolt Dobney lead a rag-tag gang of neighborhood rowdies. Their territory is the New Cut on London's South Bank—a place bristling with swindlers, bookies, pickpockets, and the occasional policeman. And their aim is to solve crimes.

When counterfeit coins start showing up in their neighborhood, Thunderbolt fears his own father may be behind the crime. But his friends devise a way to trap the real culprit. Then the gang takes on the case of some stolen silver. They have just two clues—a blob of wax, and an unusually long match. But even this slippery thief is unmasked by the determined kids of the New Cut.

Filled with silly sleuthing, improbable disguises, crazy ruses, and merry mayhem, these stories are action-packed romps from one of the best storytellers ever—Philip Pullman.

"A strong sense of right and wrong permeates the gleeful absurdity of the New Cut Gang’s madcap capers and refreshes the soul.” ( Kirkus Reviews)
“Advanced younger readers…will find great joy in this Victorian detective novel with a sophisticated writing style.” ( School Library Journal)
“[His stories] prove to be a hoot.” ( The New York Times Book Review)