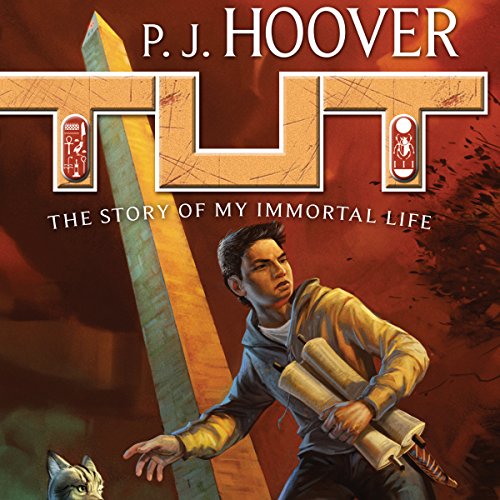 You'd think it would be great being an Egyptian demigod, but if King Tut has to sit through eighth grade one more time, he'll mummify himself.

Granted the gift of immortality by the gods - or is it a curse? - Tut has been stuck in middle school for ages. Even worse, evil General Horemheb, the man who killed Tut's father and whom Tut imprisoned in a tomb for three thousand years, is out and after him. The general is in league with the Cult of Set, a bunch of guys who worship one of the scariest gods of the Egyptian pantheon - Set, the god of Chaos.

The General and the Cult of Set have plans for Tut - and if Tut doesn't find a way to keep out of their clutches, he'll never make it to the afterworld alive.