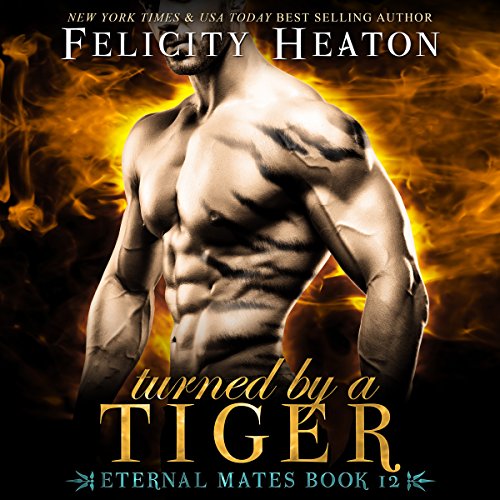 Turned by a Tiger

On the verge of bleeding out and hunted by his merciless torturers, Talon has no choice but to seek sanctuary at Underworld, a nightclub run by a jaguar shifter liable to kill him on sight for being a tiger shifter male. What he finds in the old warehouse isn't the grim shadow of death, though, but an angel of mercy, one who offers him salvation and revenge - one who happens to be his fated mate.

Tending bar at Underworld is never dull when you're a mortal surrounded by immortals, but when a gorgeous tiger shifter covered in blood stumbles into the club and sets fire to her boss' temper, Sherry's entire world is in danger of being turned on its head. Something about the mysterious warrior has her stepping in to save him, something that ignites her heart and stirs her soul, and no matter how fiercely she fights it, she can't hold herself back.

When Talon reveals the name of his captors and his plan to head back in to save his friends, will Sherry be brave enough to embrace the feelings he stirs in her and step deeper into the world of immortals? And will Talon be strong enough to resist the lure of Sherry to protect his family's secret, or will he risk everything to claim his eternal mate?