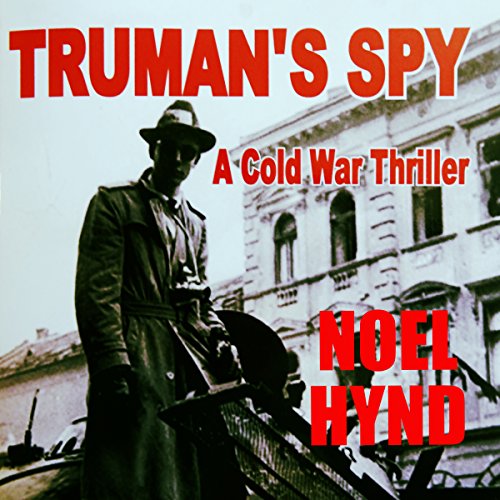 It is early 1950, the midpoint of the 20th century. Joe McCarthy is cranking up his demagoguery and Joseph Stalin had intensified the cold war. In Washington, J. Edgar Hoover's FBI is fighting a turf war with the newly founded Central Intelligence Agency. Harry Truman is in the White House, trying to keep a lid on domestic and foreign politics, but the crises never stop.

It should be a time of peace and prosperity in America, but it is anything but. FBI agent Thomas Buchanan is assigned to investigate the father of a former fiance, Ann Garrett, who dumped Buchanan while he was away to World War Two. And suddenly Buchanan finds himself on a worldwide search for both an active Soviet spy and the only woman he ever loved. In the process, he crosses paths with Hoover, Truman, Soviet moles and assassins, an opium kingpin from China, and a brigade of lowlife from the American film community. Truman's Spy is a classic cold war story of espionage and betrayal, love and regret, patriots and traitors.

This is the revised and updated 2013 edition of Noel Hynd's follow-up to Flowers from Berlin. The story is big, a sprawling intricate tale of espionage, from post-war Rome and Moscow to New York, Philadelphia and Hollywood, filled with the characters, mores and attitudes of the day. And at its heart: the most crucial military secret of the decade.

"Noel Hynd knows the ins and outs of Washington's agencies, public and private." ( Publishers Weekly)
"A notch above the Ludums and Clancys of the world..." (Booklist)