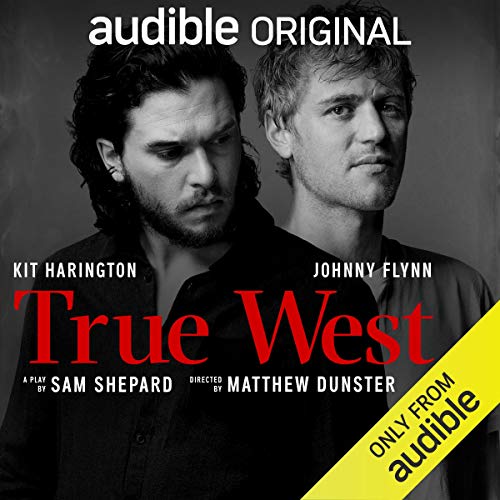 Kit Harington (Games of Thrones) and Johnny Flynn (Beast) smolder and burn as sparring brothers in Sam Shepard’s darkly comic 1980 drama. The Cain and Abel conflict is a showdown of sibling rivalry, to be sure, but also bears witness to a legacy of booze-fueled family brawls. As Harington and Flynn duel it out, they bring a cagey, wiry energy to director Matthew Dunster’s West End revival of this Pulitzer Prize finalist. The portrait of the estranged pair is a riveting study in contrasts as Harington’s successful screenwriter and Flynn’s scheming grifter explosively collide in the California desert. The scorched, arid setting is more than just a backdrop; its expanse and emptiness make it a palpable presence in a play about wounded masculinity and broken dreams.

The live theatre production of True West was performed at the Vaudeville Theatre in London, United Kingdom, in 2019. It was produced by Joseph Smith and John Brant for Smith & Brant Theatricals and James Bierman for Empire Street Productions.