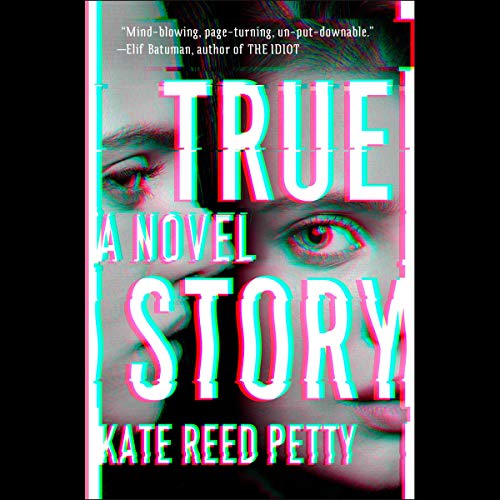 Named one of the Hottest Books of the Summer by Entertainment Weekly and BuzzFeed.

Tracing the 15-year fallout of a toxic high-school rumor, a riveting, astonishingly original debut novel about the power of stories - and who gets to tell them.

2015. A gifted and reclusive ghostwriter, Alice Lovett makes a living helping other people tell their stories. But she is haunted by the one story she can't tell: the story of, as she puts it, "the things that happened while I was asleep."

The year 1999. Nick Brothers and his lacrosse teammates return for their senior year at their wealthy Maryland high school as the reigning state champions. They're on top of the world - until two of his friends drive a passed-out girl home from of the team's "legendary" parties, and a rumor about what happened in the backseat spreads through the town like wildfire. The boys deny the allegations, and, eventually, the town moves on. But not everyone can. Nick descends into alcoholism, and Alice builds a life in fits and starts, underestimating herself and placing her trust in the wrong people. When she finally gets the opportunity to confront the past she can't remember - but which has nevertheless shaped her life - will she take it?

An inventive and breathtaking exploration of a woman finding her voice in the wake of trauma, True Story is part psychological thriller, part fever dream, and part timely comment on sexual assault, power, and the very nature of truth. Ingeniously constructed and full of twists and turns that will keep you guessing until the final moments, it marks the debut of a singular and daring new voice in fiction.

"I literally cannot believe this book exists. A mind-blowing, page-turning, un-put-downable, heartwarming, empathetic, formally inventive horror suspense thriller, with a life-affirming and timely feminist message? What? This would be an amazing fifteenth novel for a person to have written and it is Kate Reed Petty's first one. What an incredible talent!" (Elif Batuman, author of The Idiot)

"Kate Reed Petty is such a gifted writer that she can make even a college application essay feel utterly heartbreaking. And in True Story, she has given us a riveting and totally innovative novel about the power of lies to shape the truth, a book built like an elaborate jigsaw puzzle whose picture becomes thrillingly clear only after you’ve locked in the very last piece." (Nathan Hill, author of The Nix)

"Brilliant - a darkly gripping enigma of a book. Petty boldly plays with genre and voice to tell the story of an assault and a rumor that shapes the trajectory of a woman's life. The result is a beautifully prismatic and profound meditation on victims and perpetrators, lies and truth, and above all the dangers and powers of storytelling and what it means to finally claim your voice." (Mona Awad, author of Bunny)