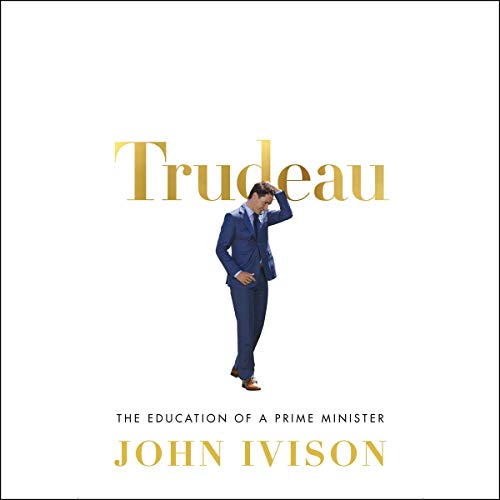 From one of Canada's most popular and connected political journalists, an unblinkered warts-and-all look at Justin Trudeau and the Liberal government's record in power. A must-listen as we head into the 2019 federal election.

Canadians are becoming increasingly skeptical about their chameleon prime minister. When he entered politics, Justin Trudeau came across as a person with no fixed principles. Now, he presents himself as a conviction politician. What motivated his metamorphosis - belief or opportunism?

Either way, in 2019’s election he will be judged on results - results that have so far been disappointing for many, even those in his own party. From the ballooning deficit to the Trans Mountain purchase to the fallout of his disastrous trip to India to the unpopular implementation of a carbon tax, Justin Trudeau has presided over his share of controversy. Most damaging, his egregious missteps during the SNC-Lavalin scandal and the subsequent resignation of two top ministers, his principal secretary, and the clerk of the Privy Council have raised serious questions about Trudeau’s integrity.

As a political columnist for the National Post since 2003 and Ottawa bureau chief for Postmedia for the past three years, John Ivison has watched Trudeau evolve as a politician and leader, a fascinating transition that has not been fully captured by any writer. Trudeau traces the complexities of the man himself, now barely visible beneath the talking points, virtue signalling, and polished trappings of office. Ivison concludes that while Trudeau led a moribund Liberal Party to victory in the 2015 election, the shine of his leadership has been worn off by a series of self-inflicted wounds, broken promises, and rookie mistakes.

One of the central contentions of Trudeau is already apparent: the prime minister’s greatest strengths are also his greatest weaknesses; the famous name, high-handedness, and impulsiveness are as liable to hurl him from office as they were to get him there in the first place.

With unprecedented access and insight, John Ivison takes us inside one of the most contentious first terms of any prime minister in our history.