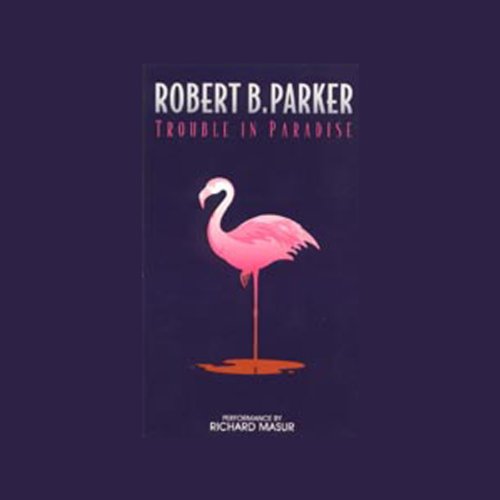 Stiles Island is a wealthy and exclusive enclave separated by a bridge from the Massachusetts coast town of Paradise. James Macklin sees Stiles Island as the ultimate investment opportunity: all he needs to do is invade the island, blow the bridge, and loot the island. To realize his investment, Macklin, along with his devoted girlfriend, Faye, assembles a crew of fellow ex-cons - all experts in their fields - including Wilson Cromartie, a fearsome Apache. James Macklin is a bad man - a very bad man. And Wilson Cromartie, known as Crow, is even worse.

As Macklin plans his crime, Paradise Police Chief Jesse Stone has his hands full. He faces romantic entanglements in triplicate: his ex-wife Jenn, is in the Paradise jail for assault, he's begun a new relationship with a Stiles Island realtor named Marcy Campbell, and he's still sorting out his feelings for attorney Abby Taylor. When Macklin's attack on Stiles Island is set in motion, both Marcy and Abby are put in jeopardy. As the casualties mount, it's up to Jesse to keep both women from harm.

"A novel as fresh as it is bold...Parker's sentences flow with as much wit, grace, and assurance as ever, and Stone is a complex and consistently interesting new protagonist. His speedy return will be welcome." ( Newsday)