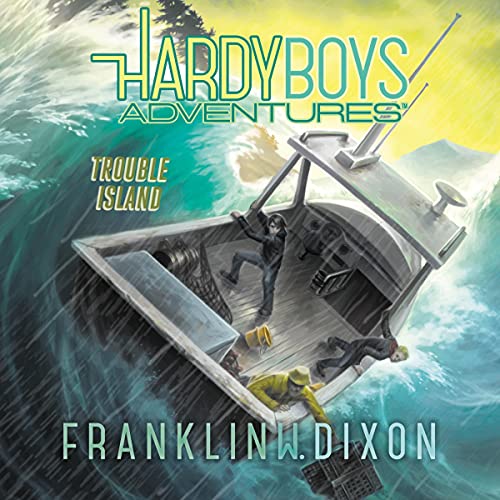 Brother detectives Frank and Joe cook up a new case as a series of accidents threatens a remote island in the 22nd book in the thrilling Hardy Boys Adventures series.

When Aunt Trudy wins a competition to intern with celebrity chef Colton Spark, she invites Frank and Joe to join her on her trip to the remote Rubble Island off the coast of Maine, where she’ll be helping Colton cook for the prestigious Golden Claw Awards. They’ll be staying at the island’s beautiful Seaspray Inn where the event is being hosted, and though it’s the off-season, the boys will be free to check out the rocky beaches, learn about lobstering, and take in all the close-knit community has to offer.

Still, even before the Hardys reach the island, it becomes clear that the locals are not big fans of Colton. As the big day approaches, the Seaspray Inn encounters a series of mishaps. Is it bad luck, or is someone trying to scare Colton off? And then, the night before the awards, the Golden Claw goes missing!

But before the police can make it over from the mainland to investigate, a huge storm blows in. Cut off from the world, tensions on the island are higher than ever. Will Frank and Joe be able to figure out who’s behind the crimes before someone gets hurt? Or is this troubled island more than they can handle?