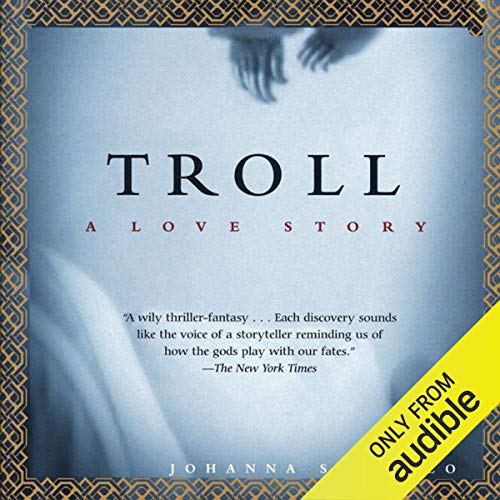 Everyone has their rough nights, but things have clearly taken a turn for the surreal when Angel, a young photographer, finds a group of drunken teenagers in the courtyard of his apartment building, taunting a young troll. Trolls are known in Scandinavian mythology as wild beasts, like the werewolf, but this troll is just a small, wounded creature. Angel decides to offer it a safe haven for the night. In the morning Angel thinks he dreamed it all. But he finds the troll alive, well, and drinking from his toilet. What does one do with a troll in the city?

Angel begins researching frantically. Angel searches the Internet, folklore, nature journals, and newspaper clippings, but his research doesn't tell him that trolls exude pheromones that have a profound aphrodisiac effect on all those around him. As Angel's life changes beyond recognition, it becomes clear that the troll is familiar with the man's most forbidden feelings and that it may take him across lines he never thought he'd cross. A novel of sparkling originality, Troll is a wry, peculiar, and beguiling story of nature and man's relationship to wild things and of the dark power of the wildness in ourselves.