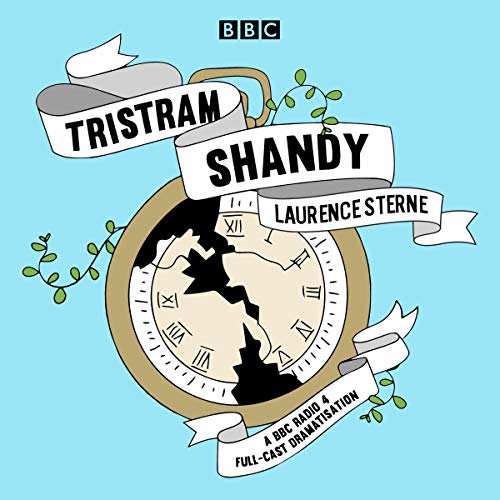 A full-cast dramatisation of this comic tale about an 18th-century gentleman who tries to tell his life story but continually finds that he must digress....

Featuring some of the best known and most well-loved characters in English literature, including Uncle Toby, Corporal Trim, Dr Slop and the Widow Wadman. Beginning (or attempting to begin) at the moment of his own conception, Tristram Shandy recounts his progress through the world and utterly fails to stick to the point.

Sterne's comic masterpiece is an extravagantly inventive work which was hugely popular when first published in 1759 and is now considered a landmark in the history of the novel. Its often bawdy humour and numerous digressions are combined with bold literary experiments, and 260 years after its publication it remains one of the most influential and widely admired books of the 18th century. A joyful celebration of the endless possibilities of the art of fiction, Tristram Shandy is also a wry demonstration of its limitations.

Also included in this release is a bonus programme - In Our Time: Tristram Shandy - in which Melvyn Bragg discusses the comic masterpiece with Professor Judith Hawley (University of London), Professor John Mullan (UCL) and Dr Mary Newbould (University of Cambridge).