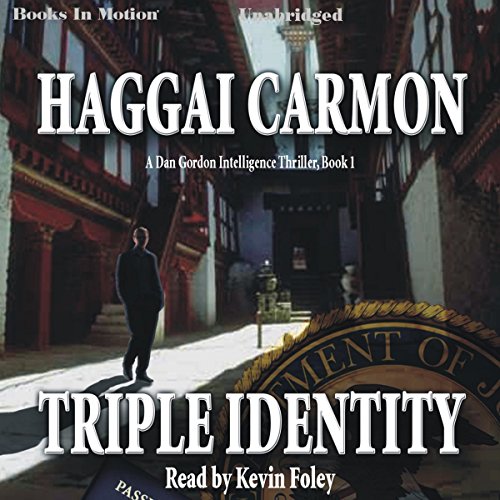 Investigating attorney Dan Gordon is working for a unit of the U.S. Department of Justice that combats money launderers outside the United States. A routine mission develops into a complex international plot involving murder, espionage, kidnapping, conspiracy, and romance. Gordon, an indefatigable bloodhound, calls on his innate shrewdness, as well as his secret Mossad past and training, to ferret out the truth.

In this intelligence thriller, attorney Haggai Carmon, a U.S Department of Justice outside consultant, weaves an ingenious plot. The Byzantine, subterranean methods by which rogue states - in this case the theocracy of Iran - seek to acquire nuclear materials are illuminated. If you want to understand how the CIA and the Mossad work, alone and together, you'll get no better picture than the one told in this compulsively listenable intelligence thriller.

"Haggai Carmon's Triple Identity: An Intelligence Thriller sports all the intrigue and plot machinations you'd expect from an author with professional ties to the Department of Justice." ( The Washington Post)