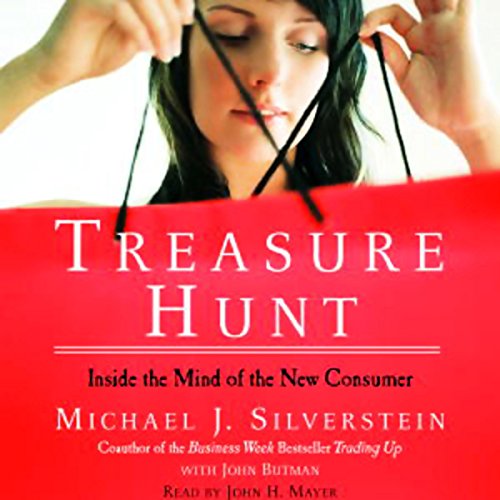 A BMW in a Costco parking lot? A working class family with a 50-inch plasma TV? What's going on in the mind of the new consumer?

Today's consumers can seem impossible to understand, and even harder to please. For instance, the average mall shopper will spend about $100, then leave when she hits that limit. She'll probably buy shoes rather than clothing, because she doesn't want to think about her dress size. And the store most likely to get her money isn't the one with the nicest display or the deepest discounts, it's the one closest to her parking spot.

In his consulting with dozens of leading companies, Michael J. Silverstein has interviewed thousands of customers, extracting fascinating patterns about what really drives their purchase decisions. His first book, the acclaimed best seller Trading Up, has taught a generation of marketers about the "new luxury" phenomenon, and why consumers will happily pay a steep premium for goods and services that are emotionally satisfying, from golf clubs to bathroom fixtures to beauty products.

But Trading Up revealed only part of the story of the new consumer. The same middle-class people who are happily trading up at Victoria's Secret and Panera are going on treasure hunts at Costco and Home Depot. And they are often getting as much emotional satisfaction in the discount stores as in the luxury stores. Treasure Hunt shows how even the most mundane shopping, for things like paper towels and pet food, has become an adventure rather than a tedious chore.

"Silverstein's guide to cashing in on the top and the bottom is intelligent without becoming mercenary; business owners will take notice." ( Publishers Weekly)