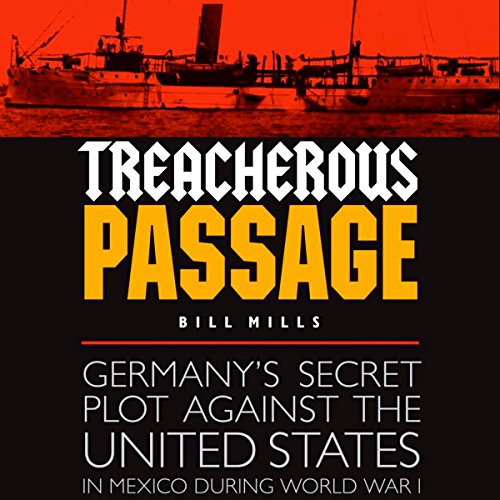 While the Great War raged across the trench-lined battlefields of Europe, a hidden conflict took place in the distant hinterlands of the turbulent Mexican Republic. German officials and secret-service operatives plotted to bring war to the United States through an array of schemes and strategies, from training a German-Mexican army for a cross-border invasion, to dispatching saboteurs to disrupt American industry, and planning for submarine bases on the western coast of Mexico.

Bill Mills tells the true story of the most audacious of these operations: the German plot to launch clandestine sea raiders from the Mexican port of Mazatlán to disrupt Allied merchant shipping in the Pacific. The scheme led to a desperate struggle between German and American secret agents in Mexico. German consul Fritz Unger, the director of a powerful trading house, plotted to obtain a salvaged Mexican gunboat to supply U-boats operating off Mexico and to seize a hapless tramp schooner to help hunt Allied merchantmen.

Unger's efforts were opposed by a colorful array of individuals, including a trusted member of the German secret service in Mexico who was also the top American spy, the US State Department's senior officer in Mazatlán, the hard-charging commander of a navy gunboat, and a draft-dodging American informant in the enemy camp. Full of drama and intrigue, Treacherous Passage is the first complete account of the daring German attempts to raid Allied shipping from Mexico in 1918.

"A gripping story of espionage and intrigue that reminds us that World War I truly was a global war fought on many fronts." (Christopher Capozzola, author of Uncle Sam Wants You: World War I and the Making of the Modern American Citizen)
"This book is a revelation." (Alan Axelrod, author of Miracle at Belleau Wood and The Battle of Verdun)