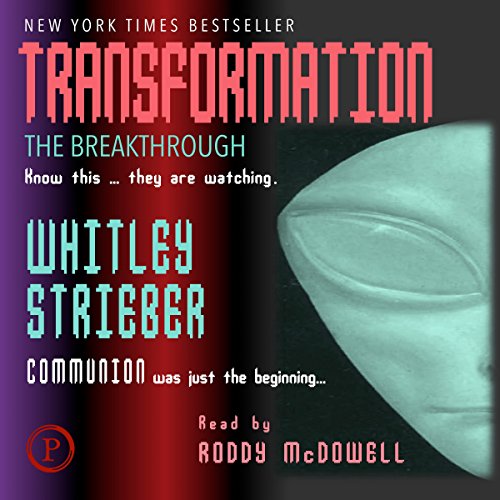 The visitors Whitley Strieber described in his best seller Communion have not gone away. They have remained to inhabit the former skeptic's new vision of a universe that is magnificent, mysterious, and fiercely alive. They were buried under denial and false assurance, but now they are emerging and are nothing less than agents of his transformation - and perhaps the transformation of our world. During the events described here and those he chronicled in Communion, Strieber underwent a battery of examinations, including a lie detector test, which he passed. All results indicate that his experiences were not caused by a known psychological or physiological disorder. This riveting account is read by veteran actor Roddy McDowall.