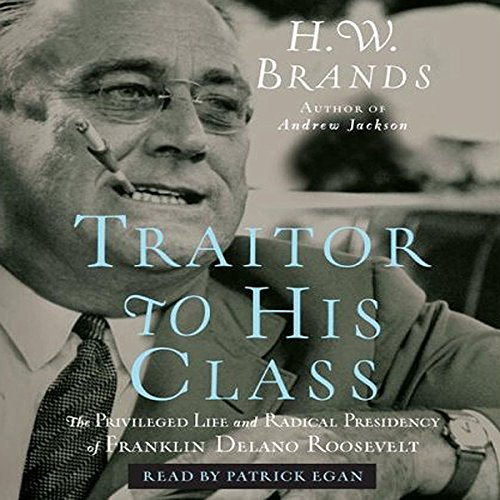 Traitor to His Class

A sweeping, magisterial biography of the man generally considered the greatest president of the 20th century, admired by Democrats and Republicans alike.

Traitor to His Class sheds new light on FDR's formative years; his remarkable willingness to champion the concerns of the poor and disenfranchised; and his combination of political genius, firm leadership, and matchless diplomacy in saving democracy in America during the Great Depression and the American cause of freedom in World War II.

Brands explores the powerful influence of FDR's dominating mother and the often tense and always unusual partnership between FDR and his wife, Eleanor, and her indispensable contributions to his presidency.

Most of all, the book traces in breathtaking detail FDR's revolutionary efforts with his New Deal legislation to transform the American political economy in order to save it, his forceful and cagey leadership before and during World War II, and his lasting legacy in creating the foundations of the postwar international order.

Traitor to His Class brilliantly captures the qualities that have made FDR a beloved figure to millions of Americans.