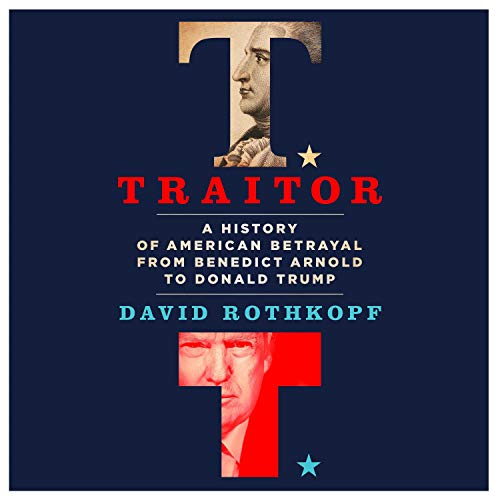 Political historian and commentator David Rothkopf shows how Trump will be judged by history (Spoiler alert: not well) in Traitor.

Donald Trump is unfit in almost every respect for the high office he holds. But what distinguishes him from every other bad leader the US has had is that he has repeatedly, egregiously, betrayed his country.

Regardless of how Senate Republicans have let him off the hook, the facts available to the public show that Trump has met every necessary standard to define his behavior as traitorous. He has clearly broken faith with the people of the country he was chosen to lead, starting long before he took office, then throughout his time in the White House. And we may not yet have seen the last of his crimes. But the story we know so far is so outrageous and disturbing that it raises a question that has never before been presented in American history: Is the president of the United States the greatest threat this country faces in the world?

We also need to understand how the country has historically viewed such crimes and how it has treated them in the past to place what has happened in perspective. After his examination of traitors including Benedict Arnold, Aaron Burr, and leaders of the Confederacy, David Rothkopf concludes that Donald Trump and his many abettors have committed the highest-level, greatest, most damaging betrayal in the history of the country.