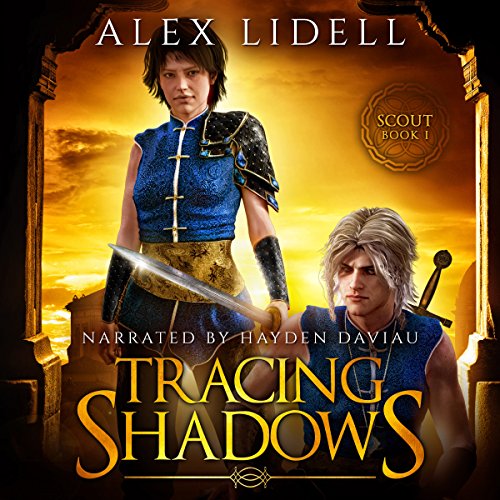 To protect the throne, 17-year-old spy Kali must play a male guardsman trainee by day and royal lady by night.

Orphaned and trained on a spymaster’s remote estate, Kali is a scout who works alone in the shadows. But when a terror group threatens the Dansil throne, the king forces Kali to accept a mission at the palace or forfeit her sister’s life.

Suddenly thrust into the light, Kali must infiltrate high society as the royal Lady Lianna while penetrating the servant ranks as Kal, a male guardsman trainee. It doesn’t help that Trace, the harsh and enigmatic captain of the king’s guard, is soon assigned as both Lady Lianna’s palace escort and Kal’s commanding officer.

As Kali edges closer to the truth behind the violent group’s identity, she uncovers dangerous secrets that could bring her mission to a brutal end. A scout’s job is to observe and report, never to engage...but if it means saving her sister and kingdom, Kali may have no choice.