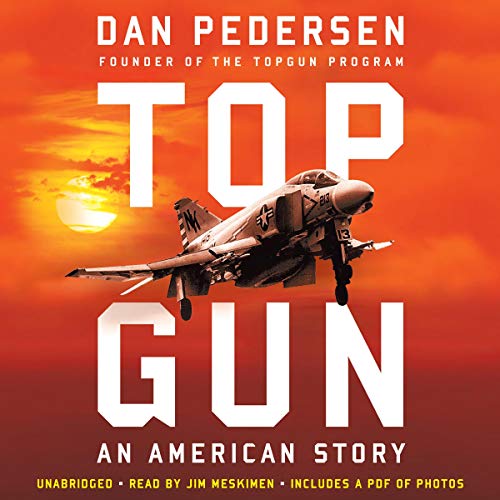 On the 50th anniversary of the creation of the "Topgun" Navy Fighter School, its founder shares the remarkable inside story of how he and eight other risk-takers revolutionized the art of aerial combat.

When American fighter jets were being downed at an unprecedented rate during the Vietnam War, the US Navy turned to a young lieutenant commander, Dan Pedersen, to figure out a way to reverse their dark fortune. On a shoestring budget and with little support, Pedersen picked eight of the finest pilots to help train a new generation to bend jets like the F-4 Phantom to their will and learn how to dogfight all over again.

What resulted was nothing short of a revolution - one that took young American pilots from the crucible of combat training in the California desert to the blistering skies of Vietnam, in the process raising America's Navy combat kill ratio from two enemy planes downed for every American plane lost to more than 22 to 1. Topgun emerged not only as an icon of America's military dominance immortalized by Hollywood but as a vital institution that would shape the nation's military strategy for generations to come.

Pedersen takes listeners on a colorful and thrilling ride - from Miramar to Area 51 to the decks of aircraft carriers in war and peace - through a historic moment in air warfare. He helped establish a legacy that was built by him and his "Original Eight" - the best of the best - and carried on for six decades by some of America's greatest leaders. Topgun is a heartfelt and personal testimonial to patriotism, sacrifice, and American innovation and daring.

"If an institution is the lengthened shadow of a single man, then the history of modern naval aviation might well be described as the lengthened shadow of Dan Pedersen. Here, in direct, vivid, and unvarnished prose, is the high-flying, supersonic tale of the Topgun program and its extraordinary founder. Through it all, Pedersen's innovative spirit, as well as his essential modesty, shines through." (Hampton Sides, New York Times best-selling author Ghost Soldiers and On Desperate Ground)

"A superb read...Dan Pedersen's Topgun is a riveting, seat-of-the-pants flight into the lethal world of the fighter pilot told by the man who started it all!" (Dan Hampton, New York Times best-selling author of Viper Pilot and Lords of the Sky)

"With the hot-seat velocity and cockpit realism of a military combat thriller, the author delivers exacting details and emotional acuity....A noble, thrillingly realized combat aviation memoir from one of America's finest." (Kirkus Reviews)