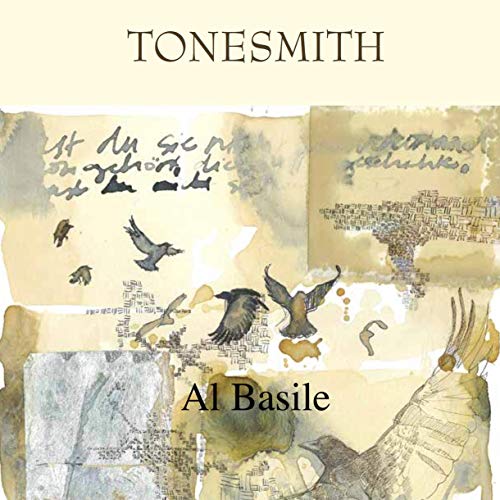 "Al Basile has wrought poems that are almost holographic in their insistence on bringing their author into the reader's space, where he, his tone of voice, body language and facial expressions, constitute an uncanny presence. The very title of the book identifies the author as a music-maker determined to be heard, and as a poet whose first concern is achieving the tone in which he wants to be heard by the reader. This is poetry, not for the timid, but for those willing to contend with the "close-grained" nature of a highly individual artist." (Rhina P. Espaillat)

Most people know Al Basile as a musician: A singer-songwriter and cornetist who has had a long career in blues circles and whose discography as a solo artist is extensive and internationally celebrated.

His work with blues great Duke Robillard has led to his participation in two Grammy nominated projects under Duke's name, and he has six nominations as best horn player by the Blues Music Foundation; Mid-Century Modern, his 2016 release was nominated as best contemporary blues album.

As a child, however, he was fascinated by theoretical physics and balanced the beginnings of his musical training with early efforts at writing blank verse. At Brown he abandoned the physics program and spent his time writing fiction, poetry, and plays, including musicals for which he provided book and lyrics. He began his professional music career with the pioneering Rhode Island based jump blues band Roomful of Blues in the mid-70s.

From 1980 to 2005 he taught English, Music, and Physics at the Providence Country Day School in East Providence, RI. His writing, particularly of poetry and songs, continued unabated, and after leaving teaching in 2005 he has been regularly published; he was the co-winner of the Meringoff Award for poetry given by the Association of Literary Critics, Scholars, and Writers in 2015. His first collection A Lit House: 100 Poems 1975-2011 was published in 2012.