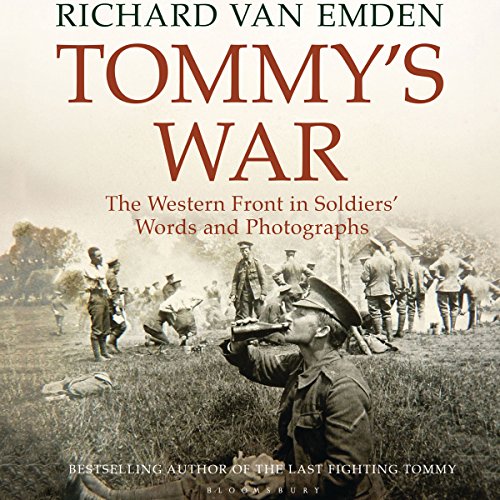 Conventional histories of the Great War have tended to focus on the terrible attritional battles of Ypres, of Arras and of the Somme. What they do not tell us is what life was like for the ordinary soldier, what mattered to him, and how he survived, both physically and mentally.

Now for the first time, one of Britain's leading military historians, Richard van Emden tells the story of the Great War exclusively through the words and images of soldiers on the ground.

In Tommy's War, he gathers some of the very best first-hand material written about the War, some of it published at the time and forgotten, some of it previously unpublished, but all of it wonderfully descriptive and immediate, and often wickedly funny. Tommy humor, frequently very dark, played a vital part in men's mental survival, particularly in times of great stress. Until now its critical role in victory has been overlooked. Richard van Emden restores the balance, giving weight to the soldiers’ natural inclination to laugh during their darkest moments.

Illustrating these eyewitness accounts with soldiers' own photographs taken on privately owned cameras, often tiny Vest Pocket Kodaks - the smart phones of their day - van Emden has created an entirely new and fresh history of the Great War, giving us a glimpse of 'Tommy Atkins' as he has never been seen before.