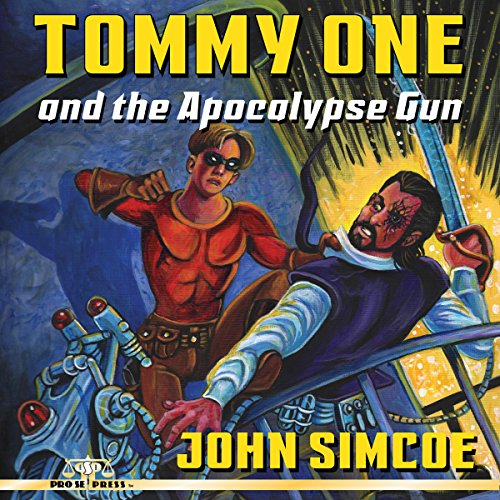 Tommy One and the Apocalypse Gun

When the evil Captain Blackeye unleashes his deadly new weapon on the city of Norfolk, Virginia, it's up to Tommy One, the so-called eternal teenager, to stop the horrific plot. After the fiendish pirate-scientist shoots the teen hero dead, Blackeye thinks that at long last his plucky enemy is done. But that's not how Tommy One works! Behind every Tommy One, there's a Tommy Two waiting to replace him - an exact duplicate with all the skills and memories of his predecessor. And if that Tommy goes, there's another to replace him! But are an unlimited supply of heroes enough to stop the devastating effects of the Apocalypse Gun? And what happens to the Tommy Infinity project when Tommy One suddenly acquires a girlfriend? And just who created this army of clones in the first place? Find out this and more as you live the adventure of a hundred lifetimes in Tommy One and the Apocalypse Gun by John Simcoe and published by Pro Se Productions!