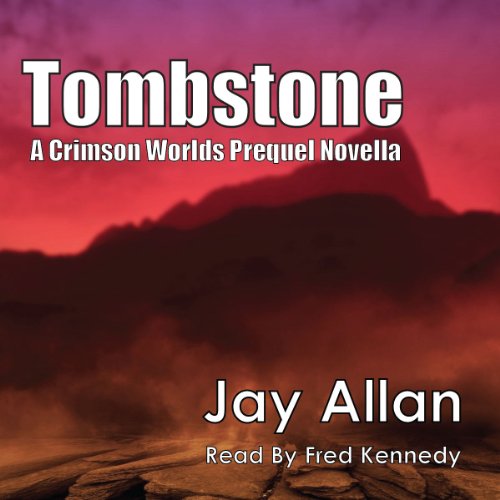 In the 23rd Century, the Superpowers of Earth vie for control of occupied space and the vast resources of the colony worlds.

Darius Jax is a senior officer and hero of the Marine Corps, veteran of countless battles fought throughout occupied space. But once he was a raw private fighting his first battle on a planet so deadly, so hellish, its own occupants called it Tombstone. This is his story, before fame, before glory.

The fighting on Tombstone is brutal and deadly, and Jax must find his inner strength if he is to survive. As he struggles through an unwinnable war he learns to rely on himself as he never has before, and he begins to understand just what he is - and is not - fighting for.

Tombstone is a novella of approximately 24,000 words, and prequel to the best-selling Crimson Worlds series, set in the years just before the Third Frontier War and the events described in Crimson Worlds Book I: Marines.