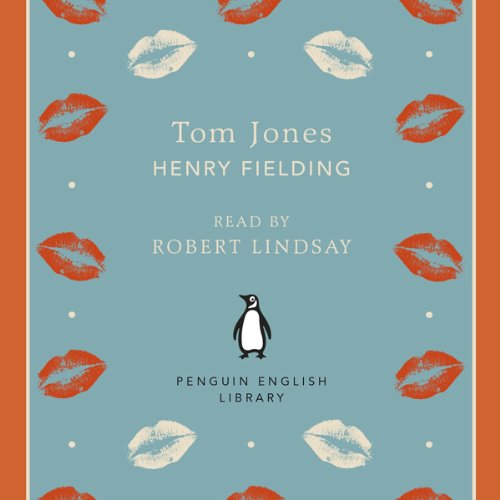 Penguin Classics presents Henry Fielding’s Tom Jones, adapted for audio and available as a digital download as part of the Penguin English Library series. Read by the actor Robert Lindsay. ‘Sir, I am concerned at the Trouble I give you; nay indeed my Nakedness may well make me ashamed to look you in the Face… Jones offered her his Coat; but, I know not for what Reason, she absolutely refused the most earnest Solicitations to accept it’.

A foundling of mysterious parentage brought up by Mr Allworthy on his country estate, Tom Jones is deeply in love with the seemingly unattainable Sophia Western, the beautiful daughter of the neighbouring squire - though he sometimes succumbs to the charms of the local girls. But when his amorous escapades earn the disapproval of his benefactor, Tom is banished to make his own fortune. Sophia, meanwhile, is determined to avoid an arranged marriage to Allworthy’s scheming nephew and escapes from her rambunctious father to follow Tom to London.

Part of a series of vintage recordings taken from the Penguin Archives. Affordable, collectable, quality productions - perfect for on-the-go listening.