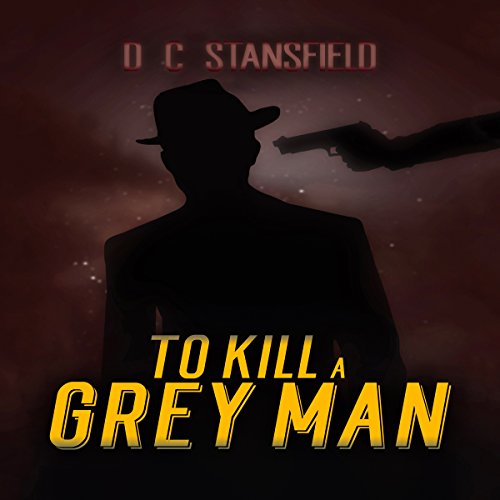 To Kill a Grey Man

This is a standalone story that can be listened to without reference to any other novel but it includes the main characters from The Assassin, The Grey Man and the Surgeon by DC Stansfield.

"Question," said the Grey Man to the Assassin. "How do you kill a man who hides in a crowd?"

"Answer," said The Assassin to The Grey Man. "Kill the crowd."

The Grey Man is a legend in the covert world of espionage. He has complete control over the powerful organization called "The Firm" which supplies the infrastructure for all the Secret Service departments across Europe. Sir Thomas Robertson, "C", head of MI6 wants that control for himself.

The findings of a routine medical show the Grey Man is going blind. Sir Thomas realizes this is the break he needs and decides to have him murdered.

However, it is not as simple as killing one old, blind man. The Grey Man has two friends, who he has worked with for decades and are the best in the business. One an assassin, who has been dealing death for nearly 30 years and the other a breaker of men, nicknamed the Surgeon, so vicious, it is rumored every time he hits a man he cuts him.

Taking no chances, Sir Thomas calls on all his resources including the shadowy figure of John Sea who runs a large part of the UK underworld. "I want them all dead," he declares.

So begins a life and death chase across the South of England.

Can these three men on the verge of retirement take on the Underworld, the Firm and the Secret Service?

What is understood by all, is that this is a game for high stakes and people are going to die!