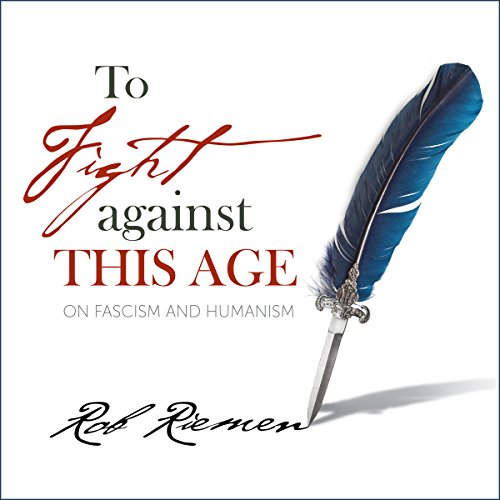 To Fight Against This Age

To Fight Against This Age

In "The Eternal Return of Fascism", Rob Riemen explores the theoretical weakness of fascism, which depends on a politics of resentment, the incitement of anger and fear, xenophobia, the need for scapegoats, and its hatred of the life of the mind. He draws on history and philosophy as well as the essays and novels of Thomas Mann and Albert Camus to explain the global resurgence of fascism, often disguised by its false promises of ushering in freedom and greatness.

Riemen's own response to what he sees as the spiritual crisis of our age is articulated in "The Return of Europa", a moving story about the meaning of European humanism with its universal values of truth, beauty, justice, and love for life - values that are the origin and basis of a democratic civilization.

To Fight Against This Age is as timely as it is timeless, to be heard by those who want to understand and change the world in which they live.