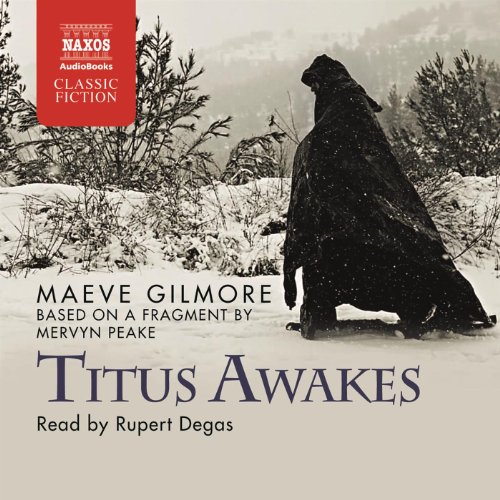 At the time of his death, fantasy maven Mervyn Peake had completed a handful of drafts and fragments for what would ultimately become this final chapter in his eponymous Gormenghast Series. Over a decade later, his widow, Maeve Gilmore, would complete Titus Awakes, an imagined sequel that New Statesman has lauded as "a treasure salvaged from the ruins." Titus Awakes continues where its predecessor left off, following Earl Titus, restless but lonely, as he ventures yet further afield from the oppressive confines of Gormenghast Castle, finding himself amid a surreal and hazardous landscape that blends elements of industrialism, Gothicism, and the medieval. English actor Rupert Degas lends his sonorous, regal strains to the proceedings. Degas’ emotive role-playing and melodious pacing imbue Titus’ plight with raw urgency.

Titus Awakes is the fourth and last novel in the Gormenghast series and was finished by Peake’s widow, Maeve Gilmore. In this last novel, Titus has left the world of Gormenghast behind, but he remains haunted by memories of his former life. Journeying from snow-covered mountains to archipelagos strewn with coral reefs, he awakens his senses but fails to conquer his aching sense of solitude. A mesmerising novel, Titus Awakes celebrates and mourns both the passing of Gormenghast Castle and the life of its creator.