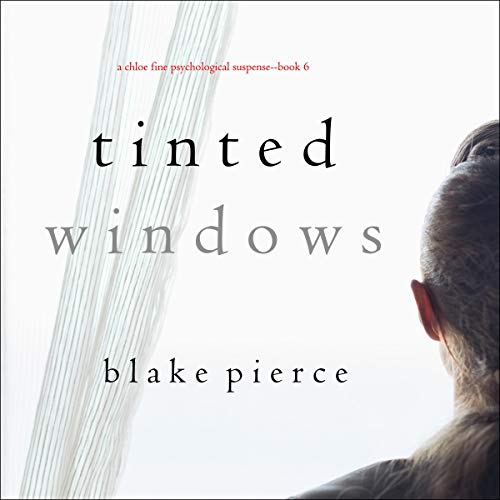 “A masterpiece of thriller and mystery. Blake Pierce did a magnificent job developing characters with a psychological side so well described that we feel inside their minds, follow their fears and cheer for their success. Full of twists, this book will keep you awake until the turn of the last page.” (Books and Movie Reviews, Roberto Mattos, Once Gone)

Tinted Windows (A Chloe Fine Mystery) is book number six in a new psychological suspense series by best-selling author Blake Pierce, whose number one best seller Once Gone (book number one) has over 1,000 five-star reviews.

When a popular personal trainer is murdered in a high-end suburb, FBI VICAP Special Agent Chloe Fine, 27, is summoned to sift through a small town filled with cheating spouses and figure out who may have wanted him dead - and why.

Behind the manicured lawns, Chloe learns, lie broken marriages, lonely spouses, secrets, and endless lies - all hiding behind the veil of perfection. Beneath the carefully built facade of a polished, upstanding community lies a populace dishonest to its core.

What secrets led to this man’s being murdered?

And who will be next to die?

An emotionally wrought psychological suspense with layered characters, small-town ambiance and heart-pounding suspense, Tinted Windows is book number six in a riveting new series that will leave you listening late into the night.