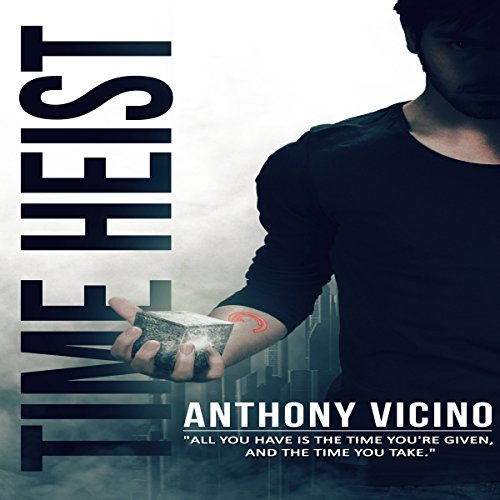 Tom Mandel's got 24 hours to catch his wife's killer, stop a war, and save the world...again.

Former time vice detective Tom Mandel lost his wife after failing to stop Malcolm Wolfe from pulling off the biggest time heist in Unity history. Nine years later, with less than a day remaining on his government-allotted Life Tracker, Tom's ready to join her.

But when his former partner, Alaina Raines, brings word that Wolfe has escaped prison and is gearing up for another heist, Tom must decide: spend his last hours on Earth in a drug-induced haze or return to the life he left behind to catch the man who broke him.

For Tom, it's not about justice anymore. Only vengeance. Now all he's got to do is catch Malcolm before the numbers catch him

Are you ready to join Tom on his quest to find his wife's killer?

Buy Time Heist today to start a thrilling adventure that'll have you on the edge of your seat until the very last second!

Time Heist is the first book in The Firstborn Saga, featuring fast-paced action, thrilling suspense, and complex characters. If you like Jim Butcher, William Gibson, and Chuck Wendig, then you'll love this captivating postapocalyptic adventure.