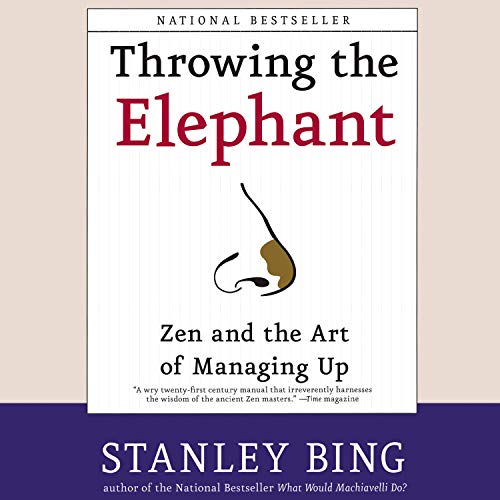 Stanley Bing follows his enormously successful What Would Machiavelli Do? with another subversively humorous exploration of how work would be different - if the Buddha were your personal consultant

What would the Buddha do - if he had to deal with a rampaging elephant of a boss every day? That is the premise of Stanley Bing's wickedly funny guide to finding inner peace in the face of relentlessly obnoxious, huge, and sometimes smelly bosses. Taking the concept of managing up to a new cosmic plateau, Bing urges no less than a revolution of the spirit in the American workplace, turning overwrought, oppressed, stressed-out employees into models of Zen-like powers of concentration, able to take their elephant-like bosses and grey, lumbering companies and twirl them around the little finger of their consciousness.

"In a spoof of just about every career advice and management-by-metaphor book ever created, Bing delivers a Zen-like guide to managing your boss. The premise? Here's what Buddha would tell you if he were your personal career coach." ( Publishers Weekly)
"A clever book on how to manage elephants, a.k.a. bosses....Witty and thought-provoking...imaginative and unique." ( Library Journal)
"This is essential reading for anyone who hates his or her boss and the corporate structure in general." ( Booklist)