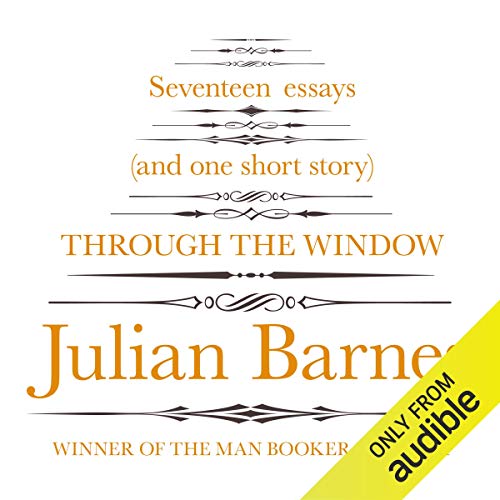 In these 17 essays (and one short story) the 2011 Man Booker Prize winner examines British, French and American writers who have meant most to him, as well as the cross-currents and overlappings of their different cultures.

From the deceptiveness of Penelope Fitzgerald to the directness of Hemingway, from Kipling's view of France to the French view of Kipling, from the many translations of Madame Bovary to the fabulations of Ford Madox Ford, from the National Treasure Status of George Orwell to the despair of Michel Houellebecq, Julian Barnes considers what fiction is, and what it can do. As he writes in his preface, 'Novels tell us the most truth about life: what it is, how we live it, what it might be for, how we enjoy and value it, and how we lose it.' When his Letters from London came out in 1995, the Financial Times called him 'our best essayist'. This wise and deft collection confirms that judgment.