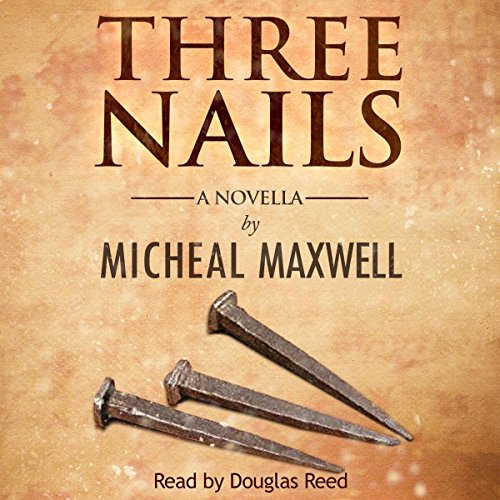 In the blink of an eye, a family is shattered.

A father struggles to cope with the pressures and responsibilities of life while dealing with the soul-searing tragedy. From the depths of his despair, he discovers the answer to forgiveness, healing, and redemption.

Three Nails tells the story of a man whose life is shatter by the death of his son. Month by month, from August to June, we are taken on a journey of pain, healing, and redemption. The effects of a tragic accident send a wave of change through a family, a marriage, and a career. It's the story of a teacher whose daily interaction with colleagues and students act as a magnifying glass on his troubled soul.

Just as dawn follows the darkness, the return of a prodigal child brings healing in an unexpected way. James 1:12 assures us, "Blessed is the man who perseveres under trial, because when he has stood the test, he will receive the crown of life that God has promised to those who love him."

Sometimes, all of our hurts can be as simple as three nails.

Micheal Maxwell steps away from his Cole Sage series to tell a story of Life, Death, and an American Teacher.