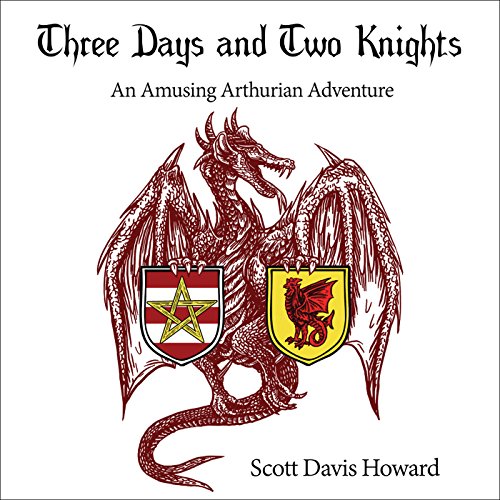 Sir Alanbart avoids action, recoils from romance, and shuns self-sacrifice; yet when he finds himself drawn into a harebrained attempt to rescue King Arthur, he becomes a victim of all three, and then poor Alanbart must fight hard to stay true to his cowardly and indolent nature.

Three Days and Two Knights is a genre crossover that blends fantasy adventure, comedy, and romance in a historical literary setting.

"Few tales tell of heroes and dragons, knights and giants, magic, miracles, love, a banshee and the undead...." So begins Aelfric the Entertainer, this tale's invasive, witty and often philosophical narrator. Set on the moors of Scotland in the waning months of Arthur's rule, Three Days and Two Knights tells how Sir Alanbart, an impoverished and spineless knight; Heather, an indomitable and irresistible serving maid; Scot, a pagan swordsman of questionable intelligence and sexuality, and Sir Gawain, the legendary romantic hero, form an unlikely alliance to free King Arthur from prison. The catch? They have just three days before the blue moon rises, at which time the red wizard Rabordath will use Arthur's blood to conjure a dragon that will end a kingdom and set all of Britain aflame.

Three Days and Two Knights features characters, settings, artifacts and events drawn from medieval myth and history, and will appeal to anyone who loves the middle ages, knights, monsters, magic, or King Arthur, especially those who grew up with The Hobbit, Percy Jackson, and Cressida Cowell's How to Train Your Dragon series.