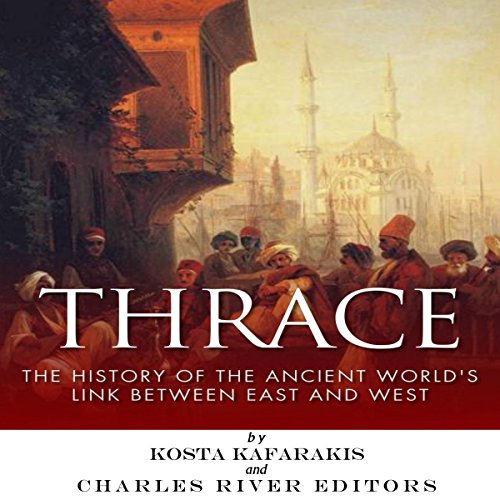 By the seventh century BCE, Thrace was experiencing the migration of Cimmerians and Scythians. The result was that the northern Black Sea Scythians developed first on the territory of Byzantium, and trade and industrial colonization stretched from the Golden Horn to the Sea of Azov and the lower Don region. In addition, the Sarmatians and Getae on the lower Don were also involved in a profitable trade with this area. The continuing economic and political ties with the Don region and the Getae, with trade contacts reaching the Middle Don and the Southwestern Urals, even linked Byzantium with Russia prior to Constantine.

From 580 to 300 BCE, Ionian colonization of the Bosporus gave rise to a number of systems that created powerful regimes to protect their strategic assets. Spartan colonists against the Scythian state from the Dniper to the Dardanelles also created a violent combination that almost constantly placed the region in chaos. At the same time, the region helped transmit Greek culture to Central Asia and southern Russia.

During the last three centuries BCE, the region focused on trade with the new masters of the steppes, the Sarmatians, living in Asiatic Scythia on its border with the European Don area. The trade network near the Don region in the beginning of the third century BCE was marked by the city of Tanais. It was not until the first century BCE that the region was firmly part of the Roman Empire, and the Romans' influence also ultimately led to the spread of Judaism and Christianity.