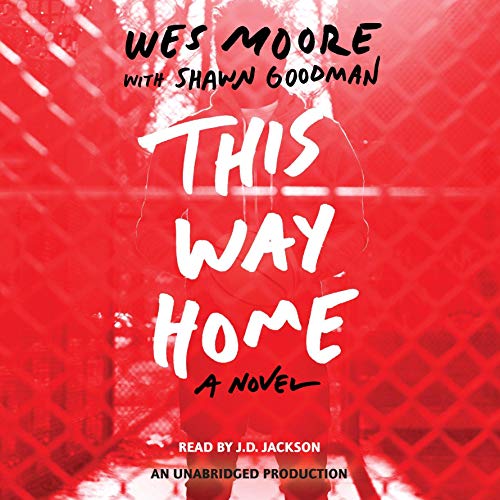 One young man searches for a place to call home in this gut-wrenching, honest novel from New York Times best-selling author Wes Moore with Shawn Goodman.

Elijah Thomas knows one thing better than anyone around him: basketball. At 17, he's earned the reputation of a top-level player, one who steps onto the court ready for battle, whether it's a neighborhood pickup game or a tournament championship.

What Elijah loves most about the game is its predictability: If he and his two best friends play hard and follow the rules, their team will win. And this formula has held true all the way up to the summer before their senior year of high school, when a sinister street gang, Blood Street Nation, wants them to wear the Nation's colors in the next big tournament.

The boys gather their courage and take a stand against the gang, but at a terrible cost. Now Elijah must struggle to balance hope and fear, revenge and forgiveness, to save his neighborhood. For help, he turns to the most unlikely of friends: Banks, a gruff ex-military man, and his beautiful and ambitious daughter. Together the three work on a plan to destroy Blood Street and rebuild the community they all call home.

This Way Home is a story about reclamation. It's about taking a stand for what matters most and the discovery that, in the end, hope, love, and courage are our most powerful weapons.

"Moore ( Discovering Wes Moore) and Goodman ( Kindness for Weakness) present difficult circumstances in an even-handed manner, while messages about friendship, hard work, and the importance of having - and following - a dream are an organic part of the story, delivered without preaching." ( Publisher's Weekly)
"A taut, haunting tragedy." ( Kirkus)