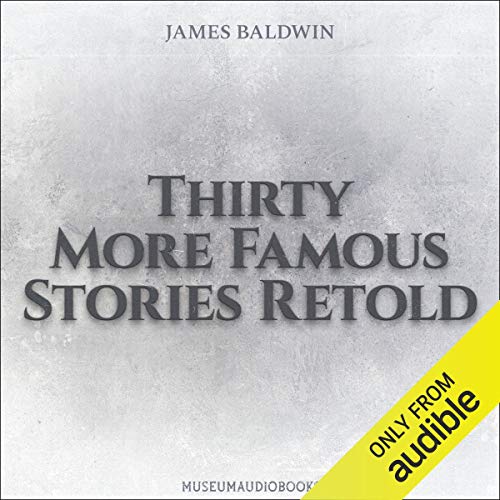 James Baldwin (1841-1925) was a textbook editor and children's author on the subject of legends, mythology, and biography, among others. Thirty More Famous Stories Retold (1905) was written by the author in response to requests for more stories like the ones in his popular book of 1896, Fifty Famous Stories Retold. It relates the adventures of explorers like Columbus, Balboa, Drake, and Ponce de Leon and the discoveries of scientists like Archimedes, Galileo, Newton, and Gutenberg and his printing press. Baldwin also covers Greek myths like those of Troy and the Odyssey, the Crusades in the figures of Frederick Barbarossa and Richard the Lionheart, and the story of Rome from its founding to the wars with Carthage.