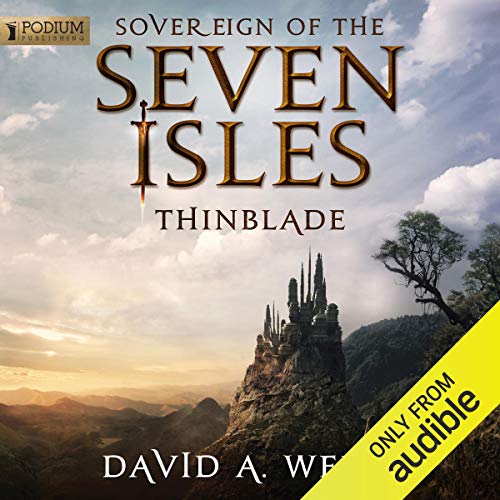 When second son Alexander Valentine loses his brother to an assassin's arrow, he discovers that his family protects an ancient secret and reluctantly finds himself at the center of the final battle of a war that was supposed to have ended 2,000 years ago.

Pursued by the dark minions of an ancient enemy, Alexander flees to the mountain city of Glen Morillian where he discovers that he is the heir to the throne of Ruatha, one of the Seven Isles, but before he can claim the throne he must recover the ancient Thinblade. Seven were forged by the first Sovereign of the Seven Isles and bound to the bloodline of each of the seven Island Kings in exchange for their loyalty to the Old Law. Each sword is as long as a man's arm, as wide as a man’s thumb and so thin it can’t be seen when viewed from the edge.

Thinblade is the story of Alexander's quest to find the ancient sword, claim the throne of Ruatha, and raise an army to stand against the enemy that has awoken to claim dominion over all of the Seven Isles.