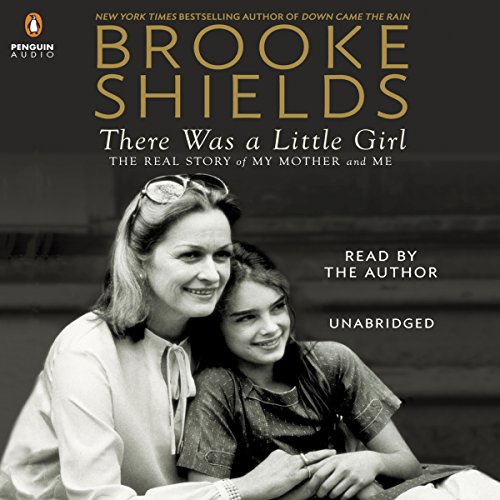 There Was a Little Girl

The perfect gift for Brooke Shields fans, There Was a Little Girl explores Brooke's relationship with her unforgettable mother, Teri, in this extraordinary, heartfelt memoir that became a New York Times best-seller.

Brooke Shields never had what anyone would consider an ordinary life. She was raised by her Newark-tough single mom, Teri, a woman who loved the world of show business and was often a media sensation all by herself. Brooke's iconic modeling career began by chance when she was only 11 months old, and Teri's skills as both Brooke's mother and her manager were formidable. But in private she was troubled and drank heavily.

As Brooke became an adult the pair made choices and sacrifices that would affect their relationship forever. And when Brooke's own daughters were born she found that her experience as a mother was shaped in every way by the woman who raised her. But despite the many ups and downs, Brooke was by Teri's side when she died in 2012, a loving daughter until the end.

Only Brooke knows the truth of the remarkable, difficult, complicated woman who was her mother. And now, in an honest, open memoir about her life growing up, Brooke will reveal stories and feelings that are relatable to anyone who has been a mother or daughter.

Das sagen andere Hörer zu There Was a Little Girl