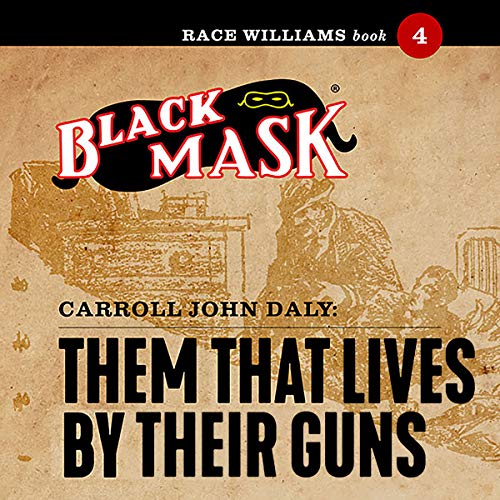 Them That Lives by Their Guns

"Mr. Cardigan...if we come to terms, I'll go and fetch your daughter back. I don't want to be considered a killer, but if your son-in-law is as quick as you say, why - I'll bring your daughter home a widow!"

Race Williams travels to Mexico in another hard-boiled classic from the pages of Black Mask Magazine. Story number four in the Race Williams series.

Carroll John Daly (1889-1958) was the creator of the first hard-boiled private-eye story, predating Dashiell Hammett's first Continental Op story by several months. Daly's classic character, Race Williams, was one of the most popular fiction characters of the pulps and the direct inspiration for Mickey Spillane's Mike Hammer.

Das sagen andere Hörer zu Them That Lives by Their Guns