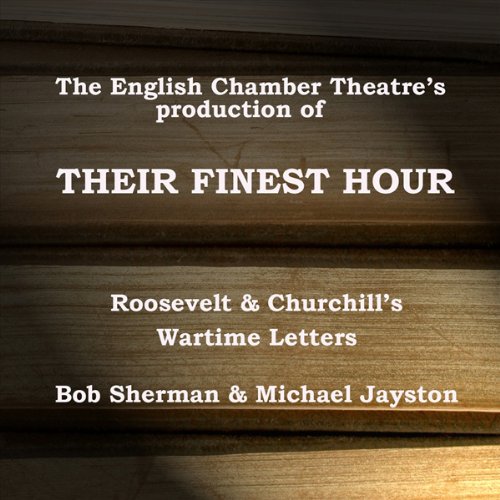 Winston Churchill and Franklin Roosevelt communicated by letter from 1939 to 1945 on a direct and personal basis. Their letters chart the events of the war as they unfold and also their attempts to influence and overcome the great tyranny of Nazism.

Interspered throughout are readings from a selection of letters writtien by the men on the front line, charged with carrying out the decisions made by Churchill and Roosevelt.

Originally a stage play, this programme is performed by Bob Sherman and Michael Jayston, who played the original roles on stage with the English Chamber Theatre.