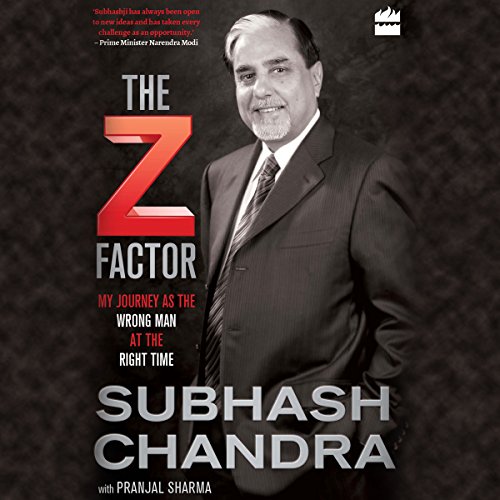 The pioneer who gate-crashed his way to the top, Subhash Chandra, the promoter of Essel/Zee Group, is an unlikely mogul. Hailing from a small town in Haryana, where his family ran grain mills, Chandra has been a perennial outsider, repeatedly aiming high and breaking into businesses where he was considered an interloper. Starting work as a teen to pay off family debts, Chandra had to rely on bluff, gumption, and sheer hard toil to turn things around. A little bit of luck and political patronage saw him make a fortune in rice exports to the erstwhile USSR.

Always a risk taker, Chandra then had the vision of getting into broadcasting early, even as established media players failed to see its potential. His Zee TV, India's first private Indian TV channel, changed the rules of the game and tickled the fancy of a public starved of entertainment. Several gutsy initiatives followed, though not all of them were successful. Chandra's attempts to launch satellite telephony and a cricket league came a cropper. But the man continues to reinvent himself; he is now also focusing on infrastructure and smart cities.

This is an unusually candid memoir of a truly desi self-made businessman who came to Delhi at age 20 with 17 rupees in his pocket. Today he has a net worth of $6.3 billion and annual group revenues of about $3 billion.