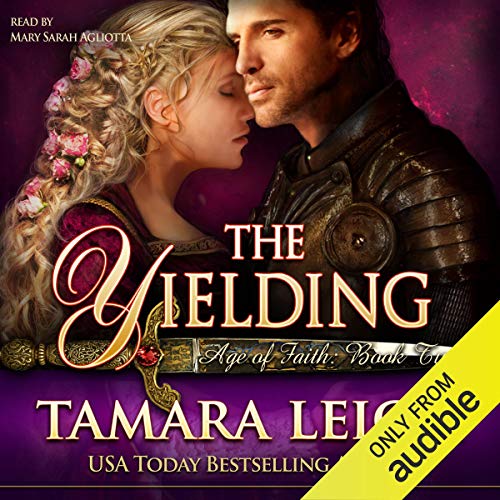 The Unveiling, the first book in the Age of Faith series, introduced listeners to the formidable Wulfrith family during Duke Henry's battle for England's throne in 1153. Now, four years later, Henry wears the crown, but the Wulfriths are no less defiant - and no more amenable to forging alliances through king-decreed marriage.

Convent-bound Lady Beatrix Wulfrith is determined to aid her sister in escaping marriage to their family's enemy. Unaware of the sacrifice that awaits her, she leads their pursuers astray only to meet with an accident that forever alters her destiny and takes the life of a young knight whose brother vows he will not rest until the lady is brought to justice.

Lord Michael D'Arci is a warrior and a womanizer whose foul mouth and impatience bode ill for all who trespass against him. Falsely accused of ravishment years earlier, he refuses to believe Lady Beatrix's accusations against his deceased brother. However, when he finds himself at the mercy of that same woman who clings to her convictions and faith even when it threatens to prove her undoing, his quest for justice wavers.