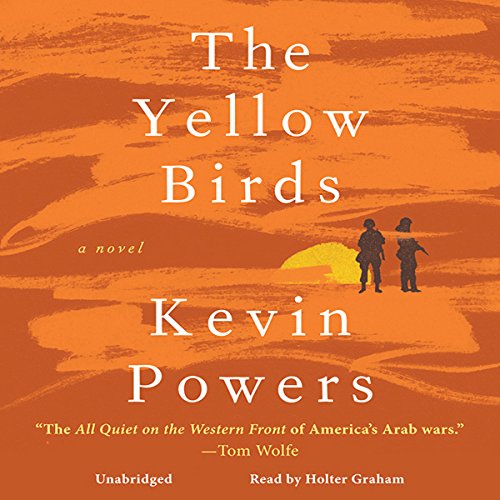 "The war tried to kill us in the spring," begins this breathtaking account of friendship and loss. In Al Tafar, Iraq, 21-year-old Private Bartle and 18-year-old Private Murphy cling to life as their platoon launches a bloody battle for the city. In the endless days that follow, the two young soldiers do everything to protect each other from the forces that press in on every side: the insurgents, physical fatigue, and the mental stress that comes from constant danger.

Bound together since basic training when their tough-as-nails sergeant ordered Bartle to watch over Murphy, the two have been dropped into a war neither is prepared for. As reality begins to blur into a hazy nightmare, Murphy becomes increasingly unmoored from the world around him and Bartle takes impossible actions.

With profound emotional insight, especially into the effects of a hidden war on mothers and families at home, The Yellow Birds is a groundbreaking novel about the costs of war that is destined to become a classic.