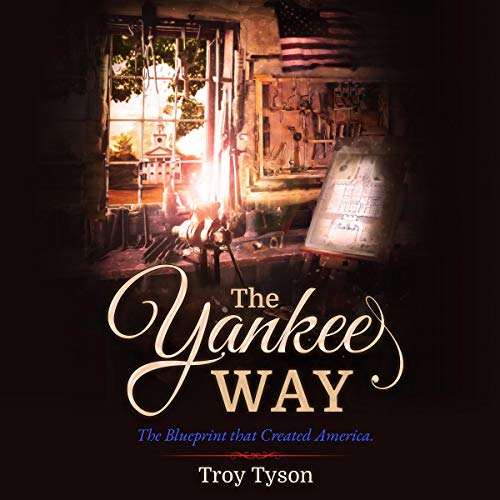 How did America become great? How did this country become the most successful, powerful, and prosperous nation in the history of the world? Was it because of the nation’s unprecedented founding documents? Was it due to the scores of immigrants from all over the world who brought their dreams and talents to America’s shores? Or did America become great, as some contend, through racism, theft, and genocide?

Author Troy Tyson proposes a unique argument as to the origins of American greatness: that the country’s unparalleled success is a result not of its founding documents, nor its celebrated openness to people of all backgrounds, nor of genocidal tyranny. Rather, The Yankee Way asserts that the nation’s great power and success stem primarily from the traits of a comparatively small, peculiar ethnic group from New England known as the Yankees. These traits, which include morality, industriousness, respect for law and order, commitment to education, and dedication to traditional family values, were developed first by the early Puritans of New England, then passed down to their Yankee descendants, who finally embedded them into the cultural DNA of the US.

The Yankee Way explores, in fascinating detail, the history of the Yankees and the process by which they created modern America and instilled within it their distinct cultural characteristics. Further, though, the audiobook serves as a warning to Americans as to what the future might hold as the nation rapidly moves away from this critical cultural inheritance and leaves the Yankee way behind.