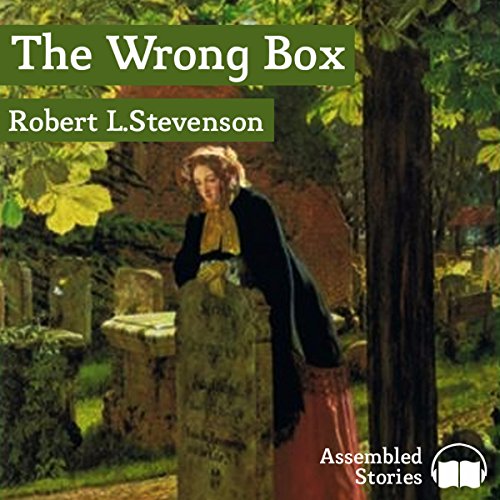 Victorian humour generally doesn't translate well across time. The Wrong Box is one of the exceptions. The plot revolves around the supposed death of Joseph Finsbury, who, as a youth, with his brother Masterman, joined a tontine - a scheme whereby each entrant pays a fixed amount and the sum total, with interest, is given to the one who lives the longest.

At the beginning of the story, there are three survivors and then two - the Finsbury brothers. Joseph is guardian to two boys and a girl, Morris, John and Julia. He was responsible for the boys' legacy of £30,000 and invested it unwisely in his failing leather business. The money has all but disappeared, and on reaching adulthood they want their inheritance back! Uncle Joe must be kept alive at all costs. Then there is a train crash....

The novel was either ignored or strongly criticised when first published, not least one suspects because of the irreverent attitude to death and its attendant rituals, subjects which commanded huge respect and veneration almost amounting to obsession from the Victorians. It is, however, a hugely entertaining story with a convoluted, complicated plot that can defy comprehension - but it is of no matter!

A cast of gloriously eccentric characters certainly had a comic effect on one notable literary figure of the period. "I laughed over it dementedly when I read it. That man [Stevenson] has only one lung but he makes you laugh with your whole inside." (Rudyard Kipling)