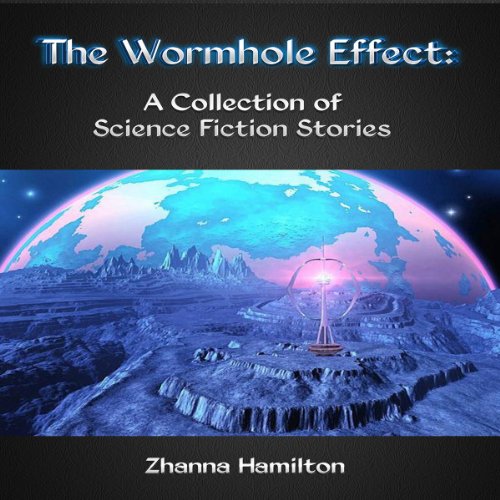 The imagination is an infinite canvas which allows us to envision worlds beyond our own realities. In The Wormhole Effect, Blue Rose Daydreams brings you stories that ignite your enthusiasm for otherworldly beings and satisfy your inner child that just wants to enjoy make-believe. Diving into world where the very fabric of existence is different from our own reminds us we are only specs of life floating in a sea of endless possibilities.

Resisting the Blue Chip: John thought his days of belonging to the government would be over as soon as his enlistment ended. When he receives a job proposition from the CIA, he ignores it. He soon finds out the proposition is not an offer - it is a sentence. He has been chosen for the Blue Chip Program - and they won't take no for an answer.

The Last Underwater City: As the earth's land becomes completely flooded, humans must find a way to live underwater. The last standing city that has managed to survive the floods and find shelter underwater is now being attacked by an intelligent - and deadly - alien species. Is the human race doomed to become a food source for these aliens? Join Brock, the captain leading his squadron into the depths of the ocean, as they find out exactly what they are up against.

The Invisible Scientist: Peter knows he was only a few formulas away from discovering the next big scientific breakthrough - how to become invisible. As he uncovers the ingredients for invisibility, his experiments take an unexpected turn, leaving Peter alone in a world where only his lab rat can see him.

Forgotten Human: In a time when cyborgs have taken over Earth, Mia is just another human experiment. Shot into space for research, her pod is lost and lands on another planet. When the cyborgs finally locate her, she thinks this is the end for her. Little does she know - there is a half-cyborg among them - and he's not there to complete his assigned mission.

The Wormhole Effect: Madeline, a PhD student, is determined to expose the truth about black holes. Her calculations prove there is a wormhole beyond the horizon of every black hole. Hoping to make history and impress her long-time colleague and secret crush, she ignores all advice about picking an easier thesis. Her efforts lead to something even Madeline couldn't have predicted.