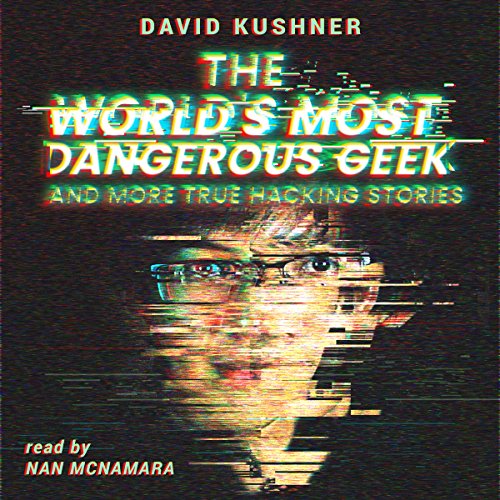 The World's Most Dangerous Geek

The World's Most Dangerous Geek

Every day, it seems, we hear stories about hackers. Hackers breaking into the computers of banks, governments, and corporations. Some are criminals, coding to exploit and destroy. Others are activists, using their tools to challenge institutions and fight for freedom. But often these characters linger in the shadows. Who are they? What makes them tick? Are they our allies, or our enemies?

For the past 20 years, author David Kushner has been exploring these questions, interviewing key players, and providing much-needed answers. The World's Most Dangerous Geek is a riveting collection of his exclusive reports from the online underworld. We meet a fugitive hacktivist from the notorious collective, Anonymous; a lonely Floridian who hacked the emails of the biggest celebrities in Hollywood; and two artificial intelligence researchers who were both found dead in the same mysterious way.

You will come away from these stories with an appreciation for the awesome power of the Internet both to make fortunes and erase them, to build lives and destroy them.