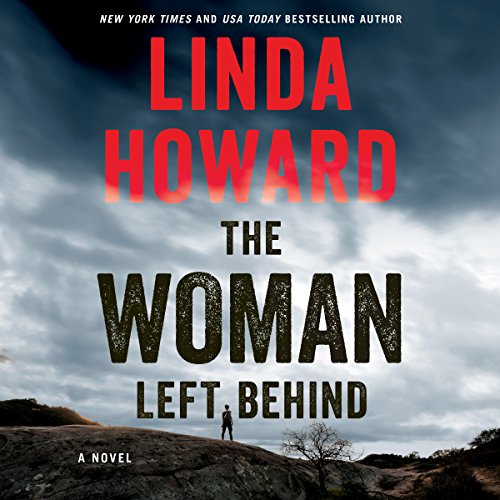 The Woman Left Behind

Jina Modell works in communications for a paramilitary organization, and she really likes it. She likes the money, she likes the coolness factor - and it's very cool, even for Washington, DC. She likes being able to kick terrorist butts without ever leaving the climate-controlled comfort of the control room.

But when Jina displays a really high aptitude for spatial awareness and action, she's reassigned to work as an on-site drone operator in the field with one of the GO-teams, an elite paramilitary unit. The only problem is she isn't particularly athletic, to put it mildly, and in order to be fit for the field, she has to learn how to run and swim for miles, jump out of a plane, shoot a gun...or else be out of a job.

Team leader Levi, call sign Ace, doesn't have much confidence in Jina - whom he dubbed Babe as soon as he heard her raspy, sexy voice - making it through the rigors of training. The last thing he needs is some tech geek holding them back from completing a dangerous covert operation. In the following months, however, no one is more surprised than he when Babe, who hates to sweat, begins to thrive in her new environment, displaying a grit and courage that wins her the admiration of her hardened, battle-worn teammates. What's even more surprising is that the usually very disciplined GO-team leader can't stop thinking about kissing her smart, stubborn mouth...or the building chemistry and tension between them.

Meanwhile, a powerful congresswoman is working behind the scenes to destroy the GO-teams, and a trap is set to ambush Levi's squad in Syria. While the rest of the operatives set off on their mission, Jina remains at the base to control the surveillance drone, when the base is suddenly attacked with explosives. Thought dead by her comrades, Jina escapes to the desert, where, brutally tested beyond measure, she has to figure out how to stay undetected by the enemy and make it to her crew in time before they're exfiltrated out of the country.

But Levi never leaves a soldier behind, especially the brave woman he's fallen for. He's bringing back the woman they left behind, dead or alive.

I thought this book was about a woman beeing left behind and then fighting her way back while the man is trying to rescue her. That actually happens but takes up less than a chapter.
In the beginning it's a really gripping story, one where you don't want to stop listening because you can't wait to see what happens next. But 10 hours into the story the woman still hasn't been left behind and when she finally is, she's just as soon back with her team.
The last 1 and a half hours of the book is totally different from the rest of the story and has no real plotline to speak of. It seems that the author wanted to ad a few more infos but didn't want to put in the effort to really write more than the just the basics.
Also some plotlines were started that didn't go anywhere, like the way her brother was suspicious but then no more is heard of that. So why mention it in the first place?
I think the story actually had potential to become one of my favourites but the last 3 chapters were so bad that they really made me angry.
I don't even think I will risk to read anything else by this author.
The narrator is one of the best I've heard so far.