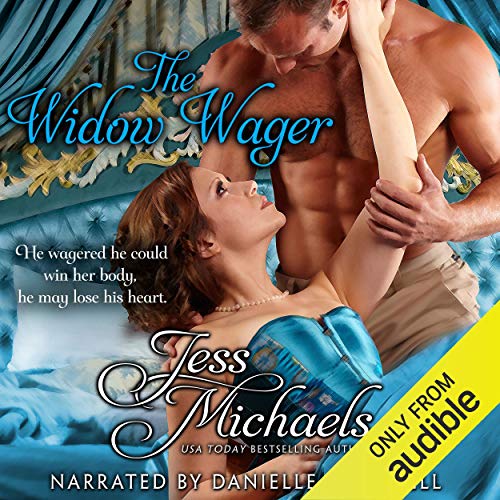 Crispin Flynn has been on a downward spiral ever since he lost the woman he loved and watched his brother forced into a life he never would have chosen. His response has been drinking and gambling his way to utter ruin. One night, deep in his cups, he places a dangerous bet that results in him being forced to marry Gemma, the widow of the Earl of Laurelcross.

Gemma once had a passionate side, but has been hiding it ever since her much older husband died during the act of making love. Now she finds herself the much unwanted wife of one of the biggest libertines in London and the subject of even more gossip than ever.

Once they determine they cannot escape the marriage, the two begin a slow circling of each other. Passion is easy, but can they overcome mistrust and secrets in order to make the worst night of their lives one of their best? Or are they bound to lose each other before their love can take root?

This book can be heard as a stand-alone novel but is part of The Notorious Flynns series.