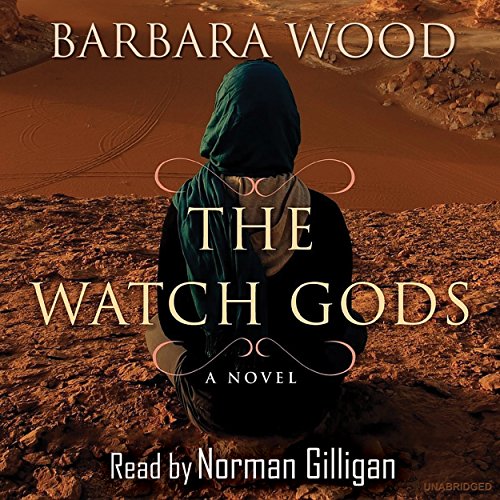 The powerful tale of an Egyptologist determined to find a mythic treasure buried in the desert sand - even if it costs him his life.

After losing a chance to be an assistant professor, Dr. Mark Davison is saved from unemployment by a stroke of extraordinary good fortune. A stranger arrives on his doorstep with an item any historian would envy - the journal of a Victorian Egyptologist who disappeared while looking for the legendary tomb of King Akhnaton. Mark accepts the offer to dig in the fabled sands of Tel el-Amarna to discover the grave - and a treasure that has eluded every seeker thus far. He then embarks on the journey to Egypt, leaving behind the woman he loves and finding himself in the company of two beautiful yet mysterious women. But Mark didn't bargain for the seven curses of the Watch Gods.

Silent and stone-faced, the seven gigantic carved figures have stood sentinel at the entrance to the tomb for more than 3,000 years, created by a fearful priesthood who knew that what they kept in everlasting quarantine must never be let loose. The guardians were charged with an evil power that could bring to life the oldest, most dreadful nightmares of mankind - nightmares that could annihilate the expedition that dares to disturb the tomb. But not even danger, myth, or legend will keep Mark from making the discovery of a lifetime.

"Wood shows herself a wizard at juggling action and romance, maintaining the momentum and sparkle of both." ( Kirkus Reviews)
"Stormy, dramatic, romantic...." ( Publishers Weekly)